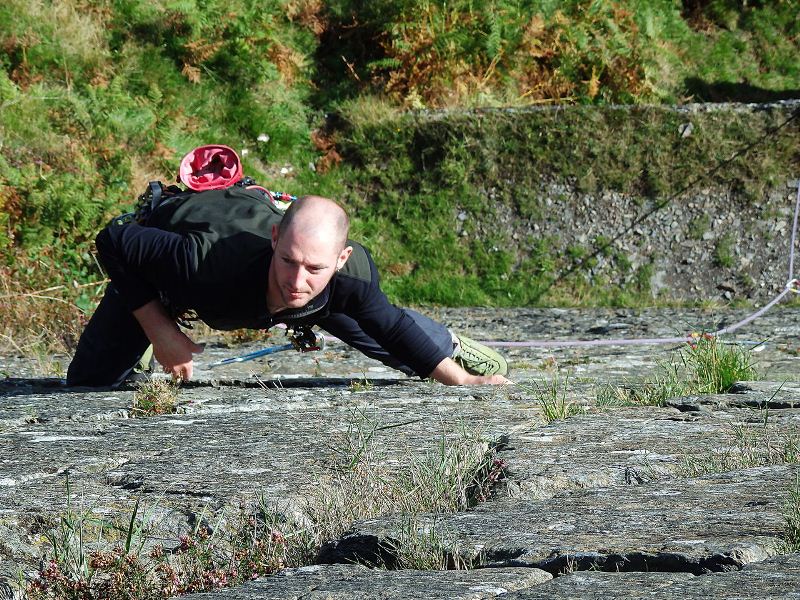 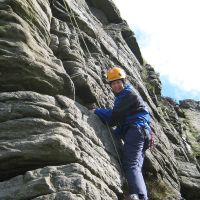 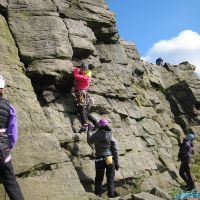 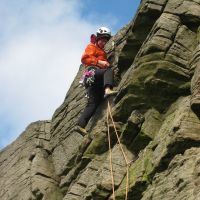 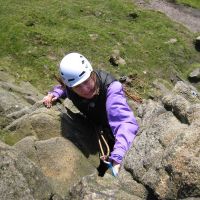 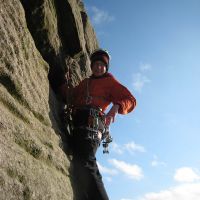 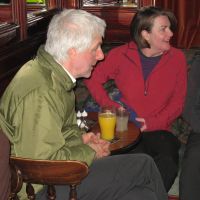 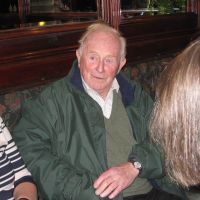 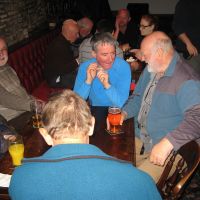 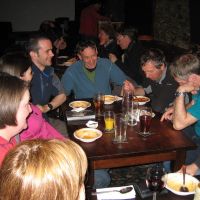 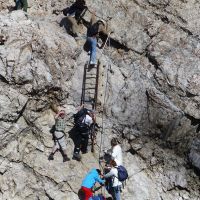 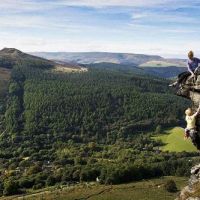 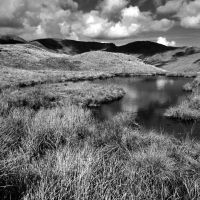 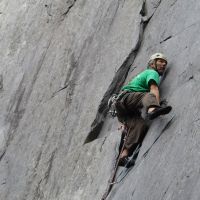 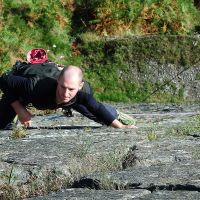 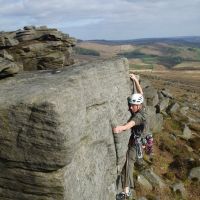 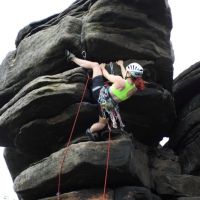 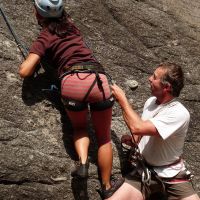 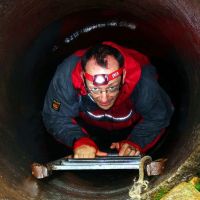 The annual President’s Hotpot and Photographic Competition was again held at The Globe in Glossop. It was great to see a very good turnout with thirty seven people sitting down to enjoy the usual veggie hot pot and apple pie and another six or seven joining us to see the photographs.

Once again members had been active with their cameras during the year with over 150 entries, including lots of great photographs, for head judge Roger Dyke to select from. The results are below and we will put the winning photos and runners up on the KMC website.

Earlier in the day Windgather lived up to its name but an otherwise fine day encourage over twenty people to brave the very strong winds. Plenty of routes were done from Diff to HVS; too numerous to list but suffice it to say that all the classics were climbed including Bowden Black’s Portfolio. Most seemed to enjoy themselves though Vicky was heard to suggest that sitting on a nettle had been marginally less unpleasant than climbing in the chilly wind.

Elsewhere a small group accompanied Dave Shotton on an afternoon walk near Glossop loosely themed on a tenuous connection to a Viennese engineering student who conducted experiments in the aerodynamics of high altitude kite-flying on Chunal Moor in the 1900s. Presumably he would have approved of the prevailing conditions!

A special thank you to Vice President Dyke for judging the competition with wit and flair and to Sally Dyke for an excellent supper when we did the judging. Thank you also to Dave Shotton for leading the walk and to Andy Stratford for organising things with The Globe.

Finally, many thanks to everyone who turned out during the day and in the evening to support the meet and to all those that entered their photographs. I look forward to more excellent entries to next year’s competition.

The walk didn’t get off to an auspicious start, as the A57 was closed at Woolley Bridge (near Hadfield) disrupting travel between the eastern end of the M67 and Glossop with awkward diversions and enormous tailbacks.  Consequently the meet leader didn’t actually arrive at the layby on the A624 (Chunal Road) near the Grouse Inn until 12:30, half an hour after the advertised departure time!  Others had also been delayed en route, with at least one potential attendee giving up completely before reaching the start point!

The weather however remained fine and sunny all day, although it was windy in exposed areas and quite chilly at times, especially in the shade.

Peter and Alan had already set off walking along the southern end of the Monks’ Road (not far from the Grouse) when they were passed by the meet leader on his way to the layby, where Jo was still waiting patiently in the car with Andy (who then drove off to join the climbing contingent at Windgather).

Dave and Jo finally set out walking at about 12:40, about 20 minutes behind Peter and Alan.  They headed towards the Grouse, then cut across the fields to the Monks’ Road by Near Plainsteads, and then continued north-westwards over the hill above Knarrs Farm and down to the lane beyond; they followed this south for a short distance before turning off to follow a path past Cloughead Farm and straight up the hillside beside a wall to the southernmost outlier of Cown Edge Rocks by Near Slack.  They stopped here for lunch and examined the outcrop – a small gritstone crag with curious round ‘Swiss cheese’ holes in it of various sizes, also distinguished by a pinnacle (the top most easily reached by stepping across from the main edge) with a large eyehole in it at about head height.

After lunch, Dave and Jo crossed the fields past Far Slack Farm and picked up the track to Robin Hood’s Picking Rods, where Peter and Alan were waiting for them.  The Picking Rods are two short stone pillars set into a stone plinth; the pillars themselves are believed by some archaeologists to be part of an 9th century cross erected by the Anglo-Saxons of Mercia, although according to legend they were used by the eponymous outlaw to bend his bows for stringing.  In either case they provide a good photo opportunity which the party used to full advantage!

From the Picking Rods, all four headed back along the track past Far Slack Farm, where Peter related he had helped out in his youth when it was a pig farm.  There was a minor parting of the ways shortly afterwards due to a large bull with two attendant cows blocking access to a field – Jo and Dave chose a small detour while Peter and Alan braved the direct route!  However all were finally reunited on the narrow plateau between the long gritstone edge of Coombes Tor, Coombes Rocks and Coombes Edge (to the west) and Cown Edge Rocks (to the east).  The edge of the plateau was followed northwards beside Cown Edge Rocks.

After an afternoon snack in a sheltered spot by the quarries at the northern end of Cown Edge Rocks, Jo and Dave then continued northwards and dropped down to cross the Monks’ Road and followed footpaths south across fields to Plainsteads Farm, while Peter and Alan followed a more direct route after heading south down the track from the quarries, via Rocks Farm and Higher Plainstead Farm, and following the Monks’ Road to Plainsteads Farm where all were reunited again.

From Plainsteads Farm, all headed along the path down and up the dip in the general direction of the A624 and the cars.  Peter and Alan headed back early to Glossop by car, but Jo and Dave continued on a short excursion of about an hour over Chunal Moor, taking in Harry Hut (trig point) and Burnt Hill but omitting Mill Hill due to lack of time, and reached the Grouse at about 17:30, after a total distance during the afternoon of somewhat over 8 miles.  After a hot chocolate and an examination of the information and photo relating to Ludwig Wittgenstein’s stay at the inn and his kite-flying experiments on Chunal Moor in 1908 and 1909, they followed the others to Glossop and the Globe in time for the evening’s Hot Pot.