A motley crew of “athletes” comprising many of the usual suspects plus a few wildcards gathered in the main public car park at Edale on a relatively balmy Sunday morning for this well established, traditional key event in the KMC calendar.  A handful did their bit for the environment arriving by train and Al saved himself the parking charge by dumping his car up the Mam Tor road and cycling down.  Yes, he did have to cycle back up it again afterwards.  The KMC has been holding this event for a very, very long time and it never ceases to amaze me just how the navigational competence of participants never improves.  Fortunately for participants, cloud was clear of the plateau and wind was light, minimising difficulties.

The route as advertised was a gentle stroll across the Kinder plateau, there were only two checkpoints this year one at Kinder downfall and the other at the trig point above Ringing Roger presenting the option of a South/North traverse of the plateau or for some a South/North/South traverse.

The format of the race stuck with the tried and tested mass start for walkers at 10 followed by a mass start for runners half an hour later.  This does aid the quick but navigationally challenged who could follow an old lag like Mark Garrod all the way round and then attempt to sprint past on the final straight.  However this doesn’t actually often happen in practice as Mark is pretty quick anyway and this year he made an uncharacteristic mistake whilst navigating the wave upon wave of 10 foot deep peat groughs on Kinder plateau.

It was Mark (G) though who was the first to arrive (58 mins) at Checkpoint 1 manned by a green beanied Keith Williams lurking amongst the rocks at the Downfall trying to keep out of the howling gale that plagued just that small area for the entire day.  However the beanie shone like a beacon welcoming competitors in, predictably from a variety of directions.

Guests Iain and Gowry were next through CP1 just 5 mins behind Mark but surprised themselves and CP2 marshall, Ding by arriving ahead of Mark.  Spurred on by their success and superior navigation they romped down the hill to the finish in just 2.21.  But they don’t count as they are not members.  Mark’s uncharacteristic error led him to CP2 19 mins behind but he flew down to the finish pulling back a whole 5 mins to claim 1st KMCer home.

First KMC lady home was Sheena in 3.27 but with Michelle snapping at her heels just 2 mins later.  Analysis of the times shows Michelle quicker on the 1st and 3rd legs but clearly stopped for a rest on leg 2 sufficiently long enough to let victory slip through her fingers.

Last competitor to CP2 was Dave Shotton who graciously sat down to eat his lunch with Ding.  However once he’d finished scoffing he shot off down the hill abandoning all pretence of chivalry and leaving Ding to find her own way home.

Overall it has to be said that a fair degree of competence was demonstrated by all with no one getting lost or benighted and all back in time to enjoy a large bowl of homemade soup and bread courtesy of Sue Marsden.  Each competitor was presented with their Kinder Surprise egg at the finish.  “Chocadoobie!” cried Dave Wylie playfully.

Many thanks to Keith and Ding for solo marshalling and to Sue for super soup.  Many thanks to me too for providing a top quality mobile event centre even though I wouldn’t let anyone in it in case they made it dirty.  Finally, a big thanks to Craig who planned the route and sorted the results.  Craig and I might quite like to compete next year so does anyone else fancy organising the 2016 event?  It’s easier than running in it.

A full breakdown of the results is in the picture section or click here.

The start point will be at the main Edale car park at Rogers luxurious camper van… if there is space we will have the awning up to provide shade from the sun (ever the optimist).

This is considered home territory for the KMC, so no excuses… get the date in your diary now.

We will provide an A4 map covering the fell race area, however dependent on navigation you may need more!
Bring some (fell) running shoes, waterproof covering, a bit of food, a compass and a map.

We are looking for a few check point marshall volunteers, so please let us know if you are available and willing.

See you all there. 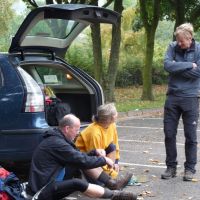 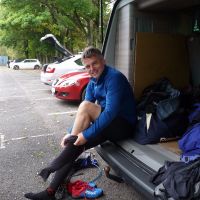 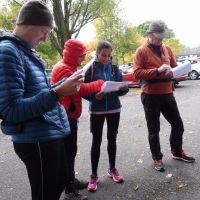 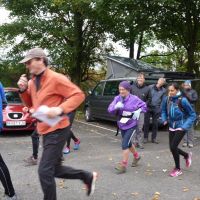 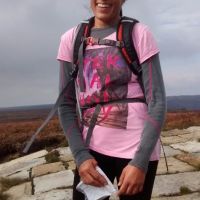 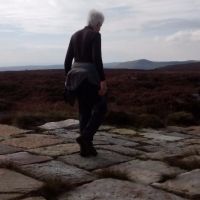 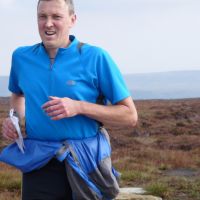 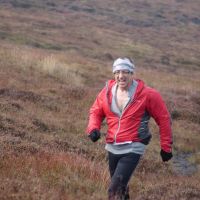 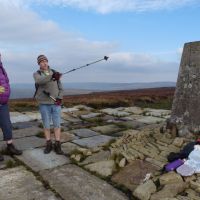 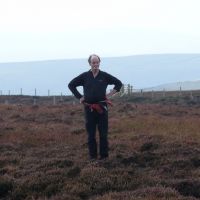 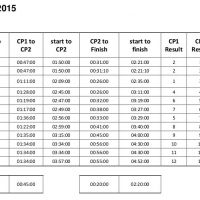